The Lion and the Mouse is an Aesop’s fable. In the fable, a lion wants to eat a mouse who wakes him up. The mouse begs forgiveness and promises to return the favor if ever he is given the opportunity. He also makes the point that such unworthy prey as he should not stain the lion’s great paws. The lion is moved to uncontrollable laughter and when he recovers, lets the mouse go, stating that he has not had such a good laugh in ages.

Later, the lion is captured by hunters and tied to a tree; the lion roars with all his might so that someone might help him. The mouse hears the lion’s pleas and frees him by gnawing through the ropes. The moral of this story is stated in the last line of the fable:

“No act of kindness, no matter how small, is ever wasted”

With vivid depictions of the landscape of the African Serengeti and expressively-drawn characters, Pinkney makes this a truly special retelling, and his stunning pictures speak volumes. 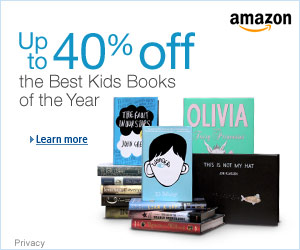